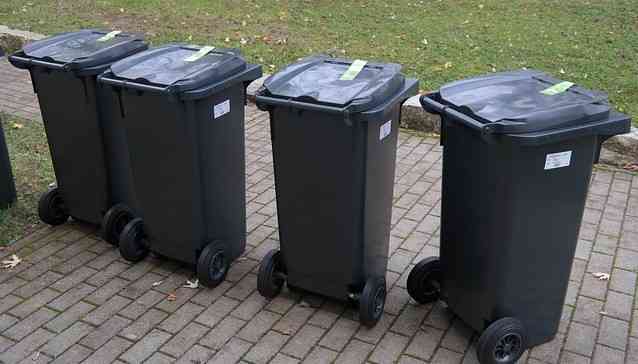 Twenty-four. That’s the average number of people a customer will tell about a bad experience, according to the 2012 American Express Global Customer Service Barometer. That’s up 50% from 2011, and the numbers are even higher among customers who use social media to voice their displeasure.

I’m not surprised. Once a business has gone out of its way to lose my trust, I’m not shy about voicing my displeasure. That said, I do believe in giving a business an opportunity to address the problem at hand. We all have bad days—days when our technology crashes, the weather doesn’t cooperate, an employee wakes up on the wrong side of the bed. But how a company addresses the problem is what determines whether customers speak positively or negatively about the experience.

Take our local waste management company. We’ve been on their route for nearly a decade. I’m not thrilled about the rate hikes, but I’ve been about as happy as a garbage customer can be.

That is, until a surly new driver roared up the street. I knew right away he was not digging his job—and so could my daughter, 3 years old at the time, who had decided that it was her duty to identify grouchy people and make them smile.

“Thank you for taking our trash!” she yelled loudly, from the front porch.

The response? Silence. After making eye contact, the driver added insult to injury by slapping a red tag on the can to identify it as overweight (funny, since I had carried it to the curb myself. In fact, it was lighter than it had been in weeks thanks to a new recycling initiative by the City of Portland).

The red tag, I could live with. But dismissing a three year old who still believes in the magic of garbage trucks? Please.

I went inside and typed up a letter which, I concur, sounds old-fashioned. But again, I believe in giving a business a fair chance to make things right—which does not include slamming them on social media in the heat of the moment.

Two weeks later, the owner/manager of the company called me to apologize and explain what had happened. He didn’t make excuses and he didn’t deny the problem. He wasn’t in a hurry to get me off the phone, either. Instead, he acknowledged that the changeover to the city’s new recycling program had been a difficult one for his company and its 34,000 residential customers. Drivers had been forced to change routes and learn new procedures. Everyone was stressed, and I was not the only customer who had complained.

And, although the company owner said that he had already had a talk with his driver, he acknowledged that there was more training to do.

Then, he said what too few companies say: “Customer service is everything to us. It’s all that we can do. I will see to it that our drivers are better ambassadors of our company.”

His response reminded me that any company—even one that collects trash—can deal with customer complaints in a classy manner that instills loyalty and generates positive word of mouth.